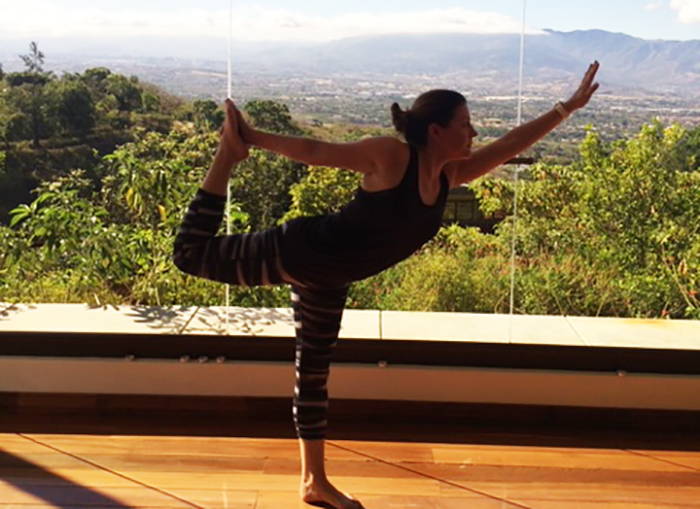 How Yoga Can Help with Tennis Elbow Pain

Tennis elbow affects the tendons that connect to the outside of the elbow and the muscles in the forearm that extend the elbow, wrist and fingers. This nagging injury caused by repetitive stress and strain to these tendons, which leads to micro-tears and inflammation in the tendon.

This painful condition afflicts more than just tennis players, including anyone who performs repetitive motions with their arms, such as golfers, fitness enthusiasts, musicians, gamers and construction and manufacturing workers. It can be brought on by misalignment of the arm, such as excessive internal or external shoulder rotation, which creates too much strain on the elbow.

This injury also may be due to weakness in the shoulder or trunk muscles, which don’t provide adequate support, and thereby require the smaller muscles around the elbow to generate greater force.

However, most people don’t realize that they may have misalignments or upper-body muscle weakness until after they start feeling the pain of tennis elbow. This discomfort may be mild or a dull ache at first, and progress to more severe, and typically can encompass repetitive movements for work or recreation, gripping or lifting items, shaking hands or turning a doorknob.

There are multiple ways to treat tennis elbow, but not all are equally effective. Therefore, people commonly experiment with several tools to find relief. Relatively inexpensive at-home treatments include over-the-counter pain medicines, rest, ice, cyrosleeves, braces, straps and compression garments. Unfortunately, none of these have been proven to effectively eliminate tennis elbow.

One effective new treatment that replicates a proven clinical procedure at home is the Fiix Elbow program, which treats the cause of the pain, not just the symptoms.

Stretching and strengthening exercises, often prescribed by a physical therapist or physician, complement the E5 treatment program. Together, they are one of the best ways to address tennis elbow because they also directly attack the cause, rather than temporarily mask symptoms. They help strengthen muscles, increase muscular endurance, improve range of motion and enhance mobility – all of which makes the joint stronger and eases excessive tension on the tendons.

Yoga is a great way to incorporate stretching and strengthening for the entire body, and offers tennis elbow sufferers benefits that may reduce the muscle tension in the elbow area.

A 5,000-year-old discipline that originated in India, yoga incorporates physical poses that address strength, flexibility and balance. Depending on the type of yoga, poses can be sequenced in various ways, and flow from one to the next, or be held for a series of breaths.

Yoga also has breath work and a spiritual component, which we won’t address here when considering yoga specifically for tennis elbow.

The many benefits of yoga – for tennis elbow sufferers or anyone – include:

Performing yoga for tennis elbow is a valuable way to loosen tight muscles, as well as strengthen the muscles that support the affected tendon.

One critical caution: you should not practice poses that require you to bear weight on extended elbows and wrists. Because tennis elbow is caused by the repetitive movements with elbow and wrist extension, holding yoga poses in this position, with the load of your body weight, can aggravate the condition. And for those with hypermobility in their joints, these poses also can risk elbow hyperextension, which can further exacerbate the injury.

While there are some ways to modify many yoga positions to reduce stress, these poses are commonly not recommended for tennis elbow sufferers:

Most standing, seated and lying down poses are safe for individuals with tennis elbow. Other posed can be modified accordingly, if necessary, to reduce strain on the wrists and elbows. Here are some to try:

Standing tall with feet together or hip-width apart, spreading the toes for balance. With arms extended down at your sides, open the palms facing front and fingers wide. Then raise arms to shoulder height, interlock fingers and turn wrists so that palms face outward. Extend arms and push away the palms. You also can raise the arms and hands up toward the ceiling. Gently breathe, and hold stretch for 30-60 seconds.

You might want to start on the wall here, versus the floor, to decrease the load. Standing 12-18 inches from a wall, lean your upper body forward so that your hands rest on the wall with the arms extended at shoulder height and shoulder-width apart. Then try to push the wall away.

On the floor, a forearm plank eliminates stress on the wrists. Starting in all fours, lower your elbows and forearms to the mat, with elbows directly under shoulders. Then lift the knees and extend the legs, drawing the abs in to support the body in a straight line from head to heels.

Another option is a modified plank where you begin in all fours, then place your hands in front of you under the shoulders. Lean forward slightly to shift more weight into your arms, while moving the knees back and resting on the tops of the knees. Or you may try the full expression of plank by lifting the knees and extending the legs straight with the feet together.

To reduce pressure on the wrists, add a yoga wedge to elevate the heels of the hands, or use a neutral wrist by forming fists instead of a flat palm on the mat, or by loosely grasping dumbbells on the mat with the knuckles facing down.

Lying face down on the mat, place your arms in a narrow goalpost position with elbows bent to 90 degrees close to the body and hands near chest with palms down. Rise up through the crown of the head, lengthening the neck and tipping the chin up slightly, without hyperextending the neck. Lift and open the chest with a slight arch in the back.

Note that tennis elbow sufferers may experience mild discomfort when performing yoga, and can readjust poses as necessary.

If addition to decreasing the angle of the wrist using a wedge or fists in some poses, you can modify by lowering from the hands to the elbows where possible, and keeping the weight on the knees (all fours) versus the toes (plank).

Elbow alignment is also very important, particularly in poses like plank, tabletop, chaturanga and upward facing dog. According to Bill Reif, a physical therapist and author of The Back Pain Secret: The Real Cause of Women’s Back Pain and How to Treat It, “Aligning the ‘eyes of the elbows’ toward the space between the thumb and index finger decreases strain on the elbow extensor tendons, helping take the load off the elbow through balanced muscle engagement.” In other words, proper positioning helps the shoulders, biceps and triceps support the elbows to better distribute overall effort.

Also, you should start a yoga practice gradually with shorter holds, and then slowly increase the duration of the pose over time as tolerated. Of course, stop immediately if you have severe pain, and consult with your physical therapist.

Following a consistent yoga routine helps yield the best results for those with tennis elbow. 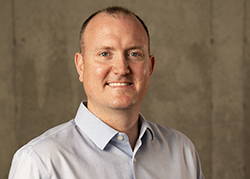 Owner of Orthopedic & Sports Rehab Physical Therapy Clinics. Former Director of Rehabilitation for the Minnesota Vikings and Graduate of the Mayo School of Health and Sciences.

✔️ Discount code found, it will be applied at checkout.

Discount code cannot be applied to the cart.

The discount code cannot be applied to the cart. Please ensure the cart meets the requirements to apply this discount code.

Discount code cannot be combined with the offers applied to the cart.